After break, Class 3 went outside, in the rain, to practise being real life Anglo-Saxon warriors. We held our shield in different positions and Mrs Landon threw arrows and axes at us! We worked brilliantly as a team. We got our own back, and threw axes at her as she held a large shield.

Next, we looked at artefacts. It was an amazing collection. We especially liked the Anglo-Saxon coins.

Finally, in the afternoon, we learnt about the Battle of Stanford Bridge and The Battle of Hastings. Edward had mead that he threw on us! Many people died in the battles, and these are shown in the Bayeux Tapestry.

It was a great day and we hope he visits again! 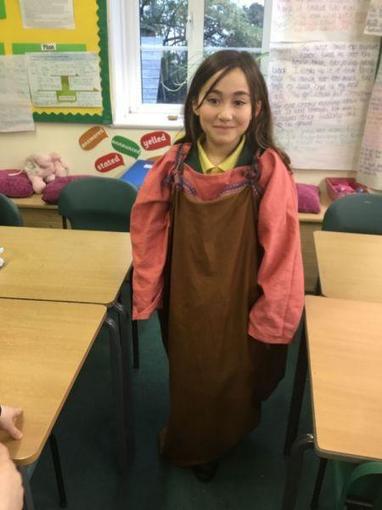 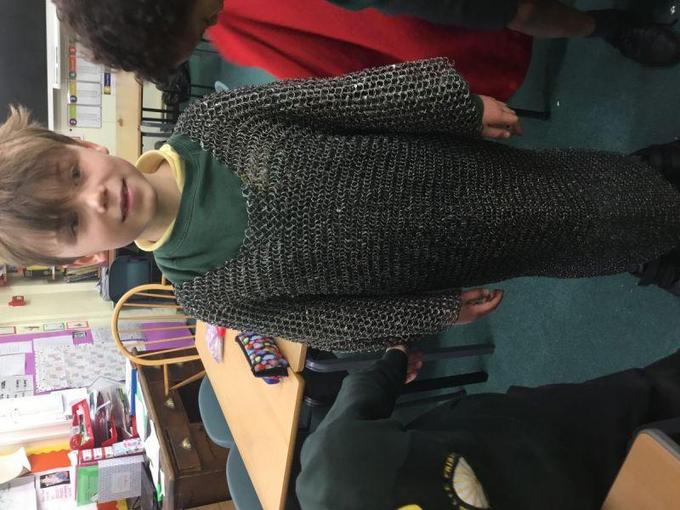 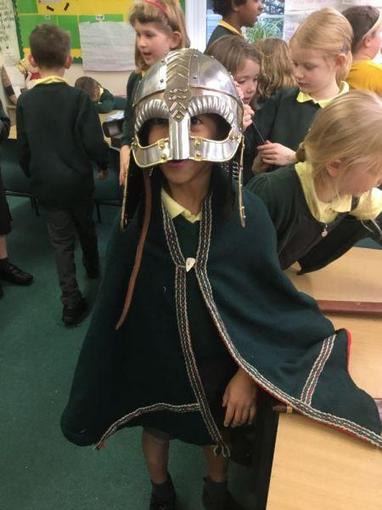 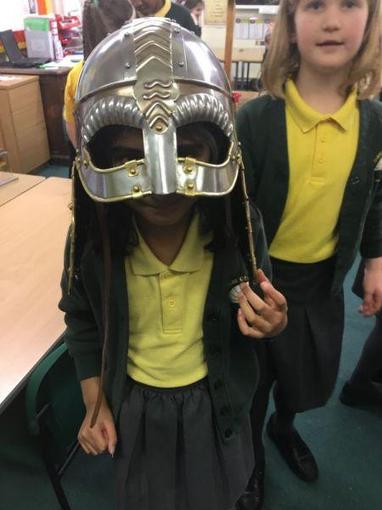 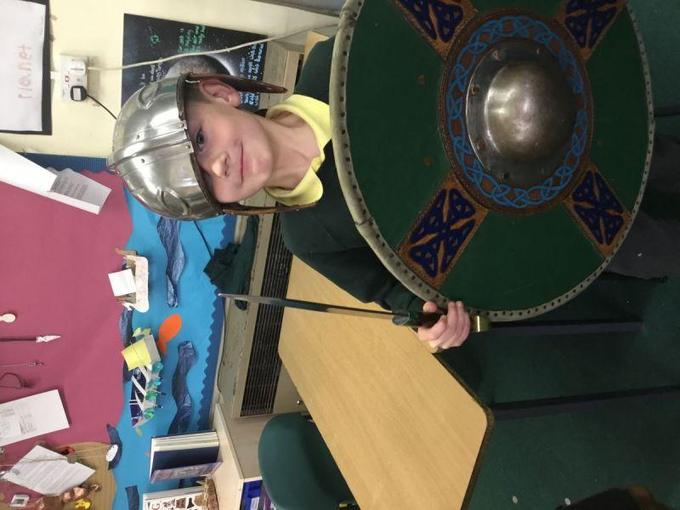 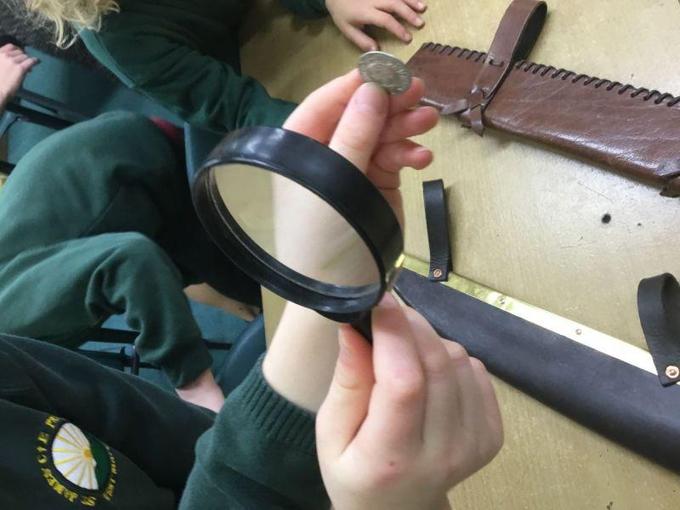 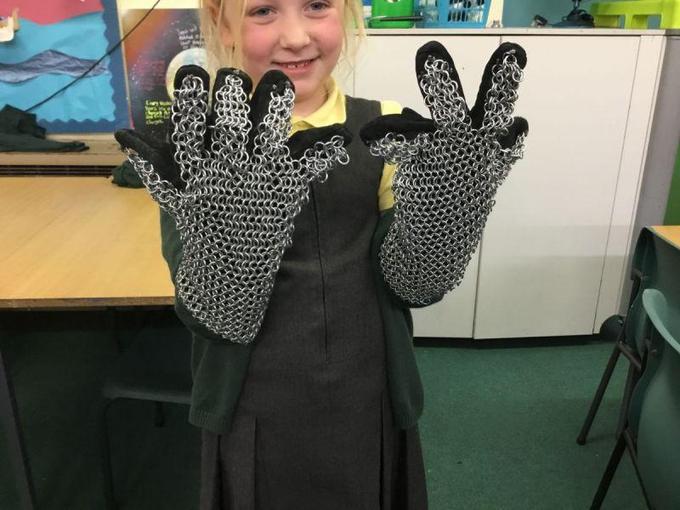 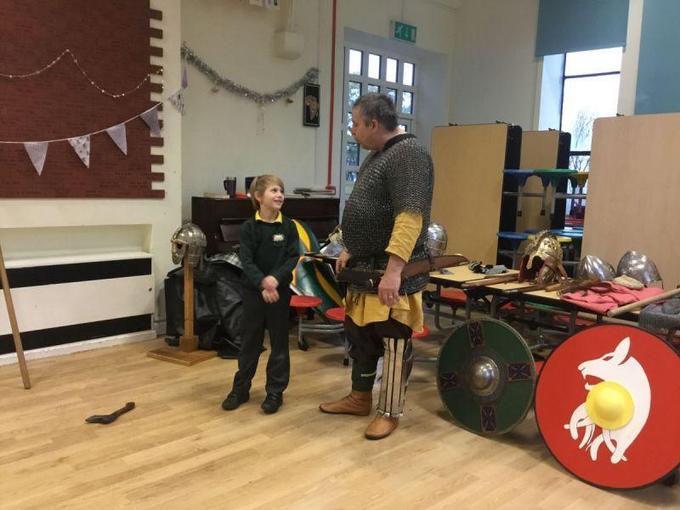 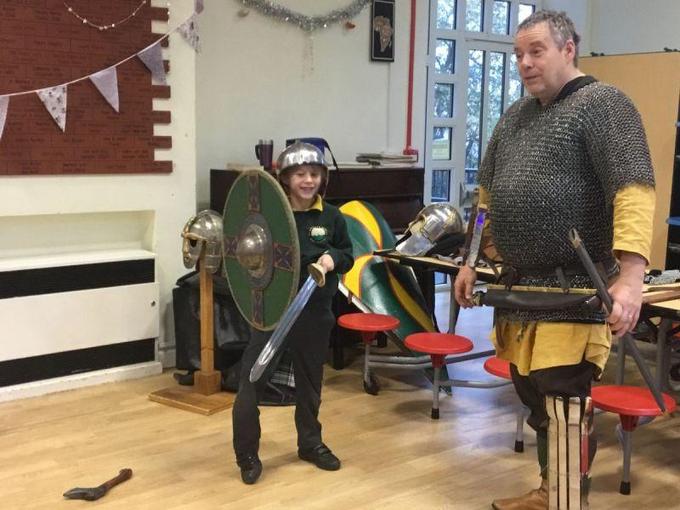 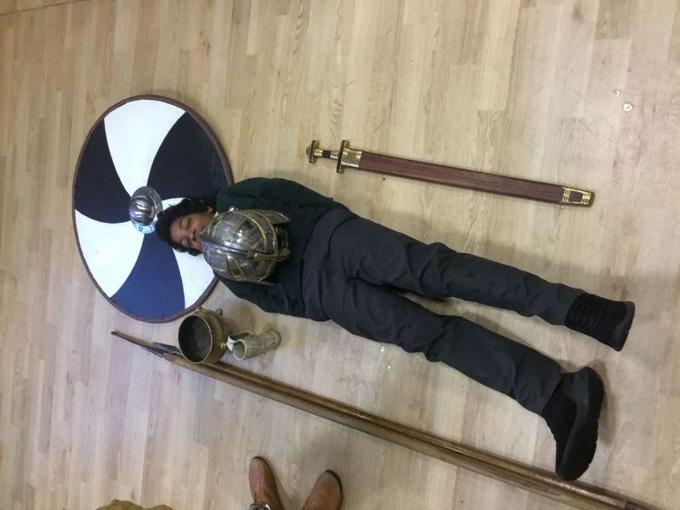 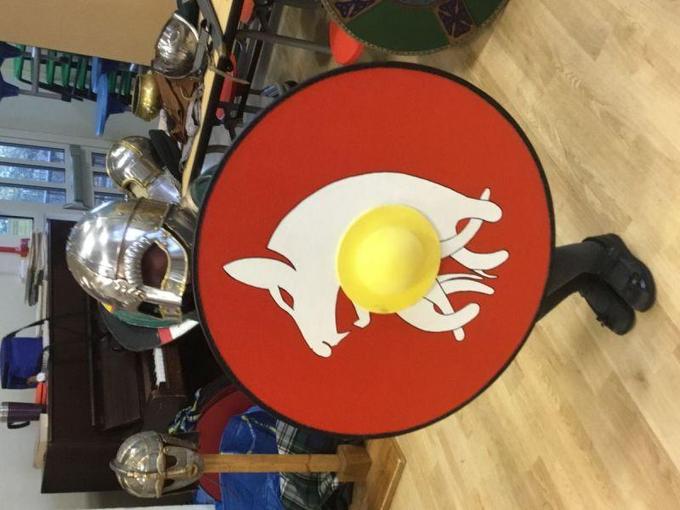 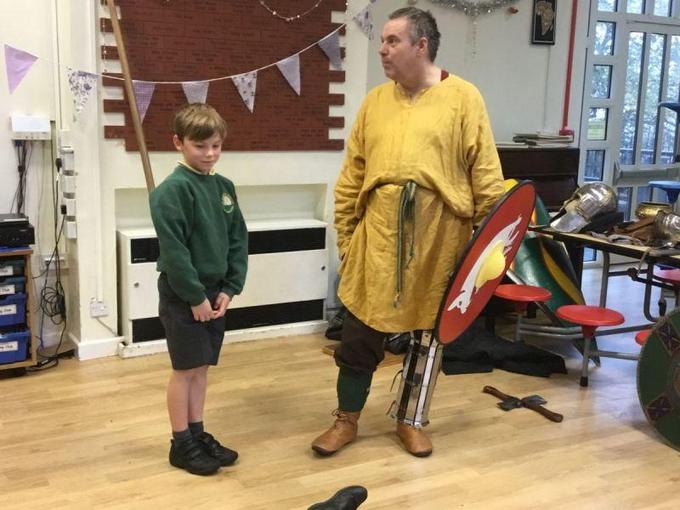 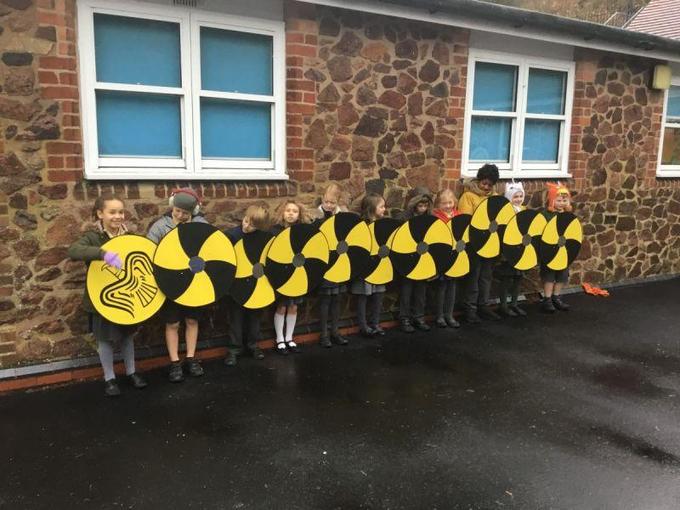 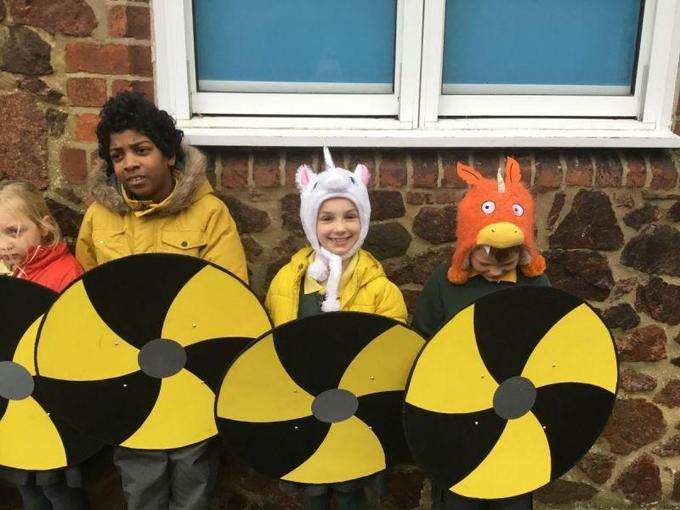 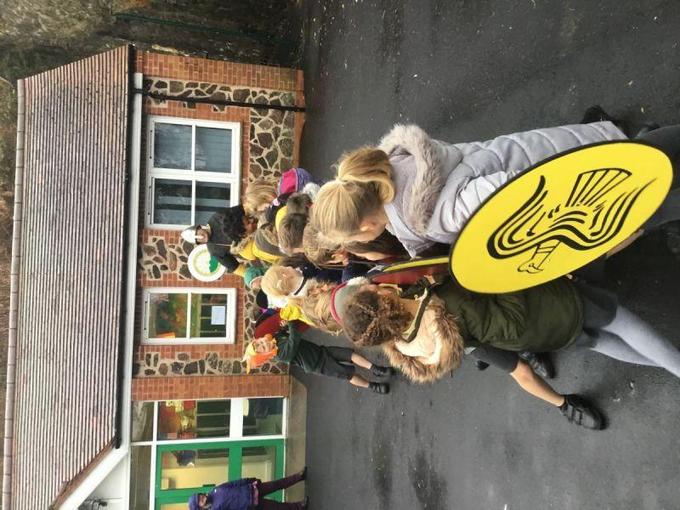 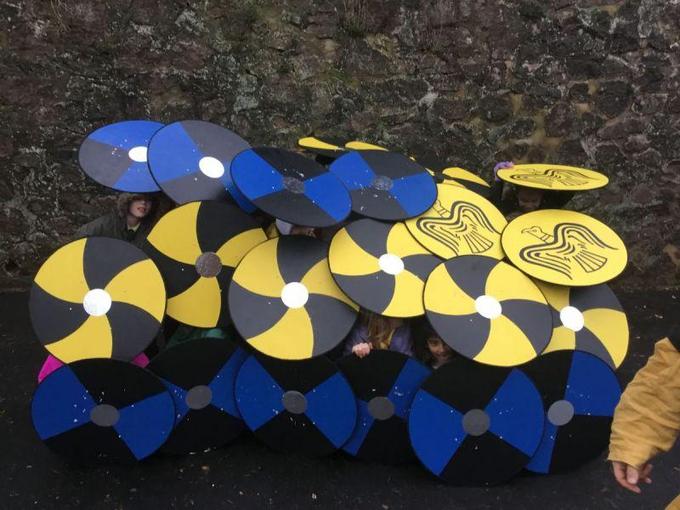 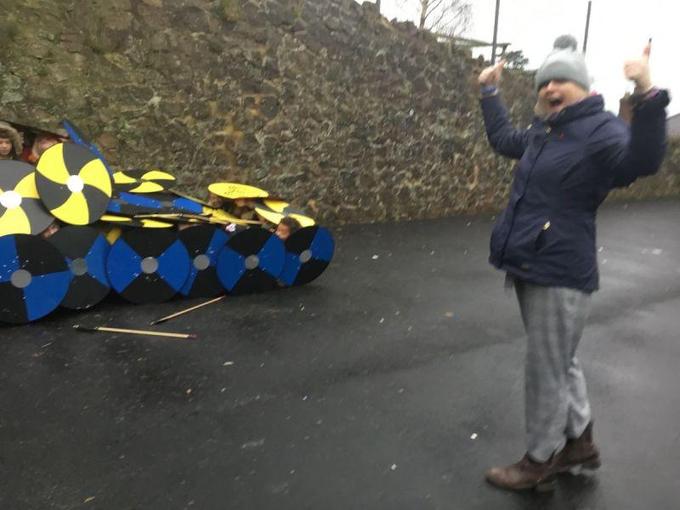 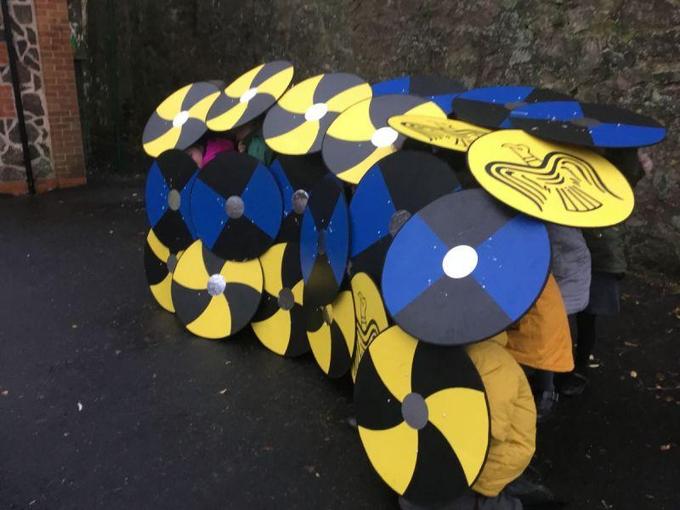 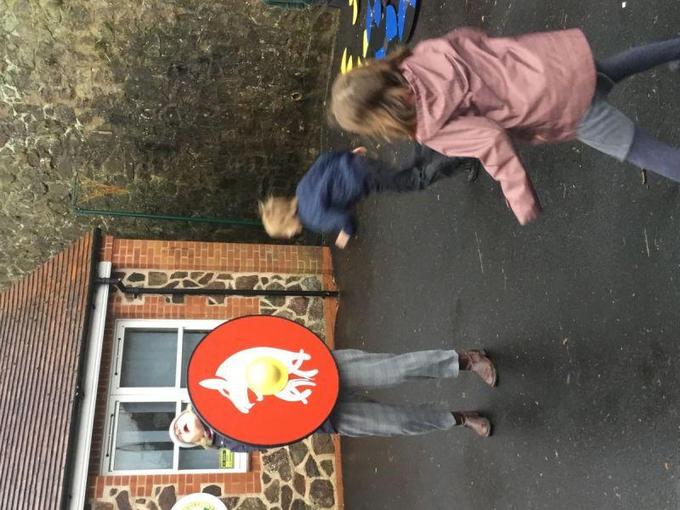 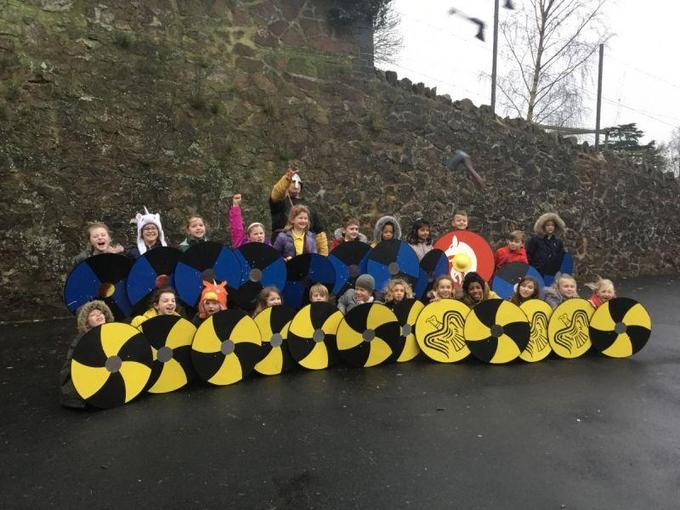 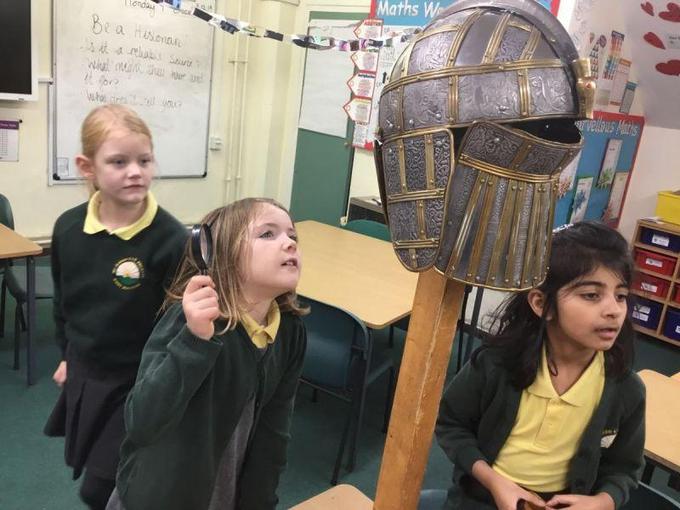 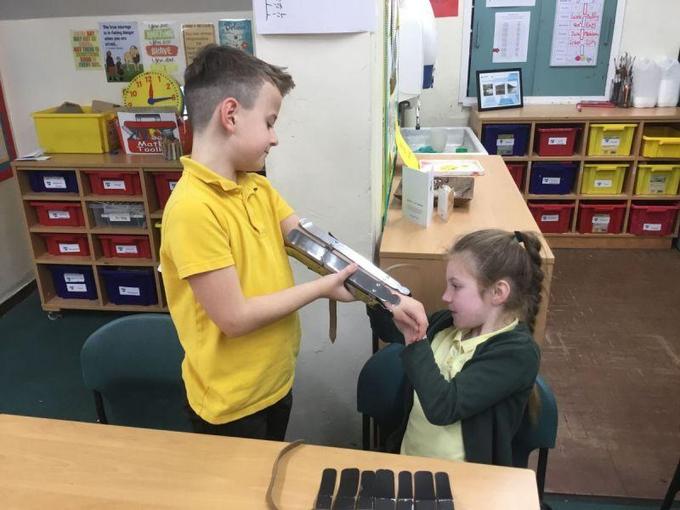